Prepublication Version of a BOOK REVIEW 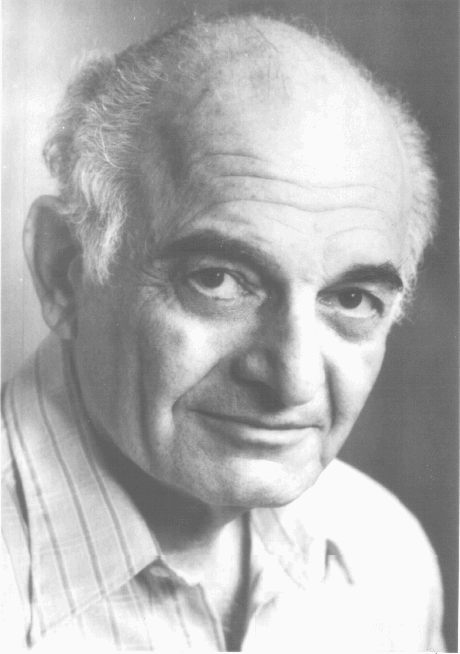 Louis Guttman on Theory and Methodology

When, in July 1955, a number of distinguished factor analysts gathered in Paris, what must have been planned as a joyous celebration of past achievements turned into a wake. Hotelling denounced the whole factor business as "inferieure" (P. 119) to other statistical techniques. Darmois (p. 295) pointedly noted that the factor model is tied to normality, while the data plankton of test theory, one of its primary areas of application, consists of bernoulli items. When Bargmann (p.145) unveiled a new test of Simple Structure, the traditionalists scorned it as a sacrilege of their cherished belief that Simple Structure is a Law of Nature, and thus not in need of any tests. When R.B. Cattell proposed the establishment of an international index of the ever-lengthening list of common factors (CNRS, 1956, p. 319), not even Guilford, who drew the line at 120, supported him (p. 323). It was left to Louis Guttman to read the eulogy (p. 209, p. 406): The era of Multiple Factor Analysis had come to an end - for knowledgeable people at any rate. The two parsimony pillars on which its promise rested had collapsed: neither small rank nor simple structure ensured cumulative progress of psychology. The factor model, that once had exercised the best and the brightest, became a toy for intellectual minimalists waiting for LISREL. It was logical, then, to ask: What lies ahead for Factor Analysis? (Guttman, 1958). He answered it with a vision that challenged habits of thought that had lead nowhere. This vision he kept pursuing for the rest of his life:

Professor Levy (1994) has edited a collection of 31 of Guttman's papers in the Dartmouth Benchmark Series. It includes 11 previously unpublished manuscripts which will be new even to hard-core Guttman fans. Most readers have probably heard of Guttman Scales before - here they can read what he actually meant by it (Ch. 16). Others may have some inklings of his more recent What is Not What papers, both of which are included (Chs. 1 and 21). The collection even contains two cryptic titles bound to defy decoding by all but the inner-most insiders: The Green-McDonald proof of the non-existence of factor analysis (Ch. 30) and Factor analysis is but is not image analysis (Ch. 31).

Since no two people will agree on the best selection of Guttman's prodigeous output, Professor Levy had to make some hard choices. She decided to give priority to 'what is', especially to facet theory - the jewel in the crown of his scientific work (Levy, 1994, p. xiv). This is what Guttman would have wanted - so that younger scholars can build on the foundations he has laid.

The editor ordered the readings by content instead of date of release. Part I deals with Theory Construction. The first paper, What is Not What in Theory Construction is an excellent appetizer to a Guttman banquet, a dim sum of tasty aphorisms designed to shake up conventional habits of thought.

The first selection of Part I closes with a Tentative Mapping Sentence for Functional Problems (p. 19). Selections 2 and 3, which illustrate applications of facet theory, are a logical sequel.

Selection 4, Measurement as Structural Theory, is Guttman's Presidential Address to the Psychometric Society in 1971. A major theme is the distinction between statistics and measurement. The latter, as he defined it, deals with the construction of structural hypotheses rather than with inference from samples (p. 46). Taking advantage of his captive audience, he returns to a theme that recurs in many of his writings: the misuse of mathematics in the social sciences by experts and dilettants alike:

He retained his composure all through the clamour of the 60s and 70s, when "axiomatic measurement" fundamentalists beguiled the uninitiated:

There is much to be learned from exploring axioms and their formal consequences. But there remains the danger of seeking data merely to fit axioms. It is perhaps symptomatic that the first systematic and comprehensive textbook on the axiomatic approach should explicitly announce that it will not deal with the problem of making observations. (Ch. 4, p. 59).

In hindsight, these warnings sound positively prophetic in foresaging the present malaise in "Mathematical Psychology", some 20 years before Cliff (1992) noticed it (s. a. Narens and Luce, 1993, Schönemann, 1994).

Part IV features one of Guttman's earliest papers, which he wrote when he was only 28 years old: A Basis for Scaling Qualitative Data. In it, he spells out the conceptual basis underlying his widely cited but poorly understood Scalogram Analysis. This vintage Guttman paper serves as a compass through much of his later work on scaling. Here only a few points can be sketched:

(a) The need to define the universebefore one tries to scale it:

The universe is the concept whose scalability is being investigated ... it consists of all the attributes of interest to the investigation which have a common content, so that they are classified under a single heading which indicates that content. (p. 213).

Contrast this with the perennial semantic muddle surrounding the notion of "intelligence".

(b) The Purpose of Scaling, which soon got lost in platitudes ("A picture is worth more than a thousand words") and irrelevant computational details. Guttman, in contrast, was a model of lucidity:

If indeed it is possible to scale a universe of content - instead of just assuming that it is - then, but only then:

From a person's score we would then know precisely to which problems he knows the answers and to which he does not know the answers. (p. 215).

(c) His sharp distinction between scaling and prediction:

Such reflections about the bigger scheme of things are echoes from the past that have gone out of style. Andreski (1972, p.90) thinks this may be because

clear and logical thinking leads to a cumulation of knowledge (of which the progress of the natural sciences provides the best example) and the advance of knowledge sooner or later undermines the traditional order. Confused thinking, on the other hand, leads nowhere in particular and can be indulged in indefinitely without producing any impact upon the world.

An example of the perils of clear thinking is Guttman's conclusion that the once immensely popular "item analysis" never made much sense:

The misleading character of such procedures can be seen by inspection of the examples of scales in (paragraph) 10 and 11 above. (p. 221)

Just as Andreski (1972, p. 91) predicted, such discoveries, which of necessity entail a rejection of previously held (and often deeply cherished) opinions [tend] to disturb ... harmony. Guttman soon acquired a reputation of being "abrasive", a reputation he apparently relished, at least he seemed to go out of his way to reinforce it. Witness the kafkaesque twist in his introduction to Scale Analysis, Factor Analysis, and Dr. Eysenck (Ch. 17):

A number of years ago I had the interesting experience of listening to a symposium wherein a group of eminent sociologists were to review a recent book. The second speaker, when his turn came, arose and began with the statement that he had not read the book. He felt that he did not need to, since he already knew the views of the author over a period of years; and the speaker then proceeded to review the book he had not read. It was an able job too, as far as I could judge when I read the book subsequently.

The remaining papers in Part IV cover later work on Partial Order Scalogram Analysis (POSA) and Multidimensional Scalogram Analysis. They can be viewed as extensions of scalogram analysis to more general ordinal structures. Part V includes, under the somewhat nondescript heading Data Analysis, Guttman's What is not What in Statistics paper. Inspite of its wide circulation, it does not yet seem to have had much impact on how statistics is taught to unsuspecting psychology majors.

Part VI, dealing with test theory, includes his review of Gulliksen's (1950) Theory of Mental Tests. Gulliksen had, once again, recounted the traditional tale of Classical Test Theory, which defines reliability in terms of parallel tests. It remained for Guttman to notice that this notion makes no sense: For any given test, one can construct innumerable different kinds of "parallel tests", so that it would have innumerable different "reliabilities".

Part VII, finally, includes two papers Psychometrika rejected. The exchange ensued after Professor McDonald had submitted a paper designed to prove the "triviality" of factor indeterminacy (see, e.g., Steiger and Schönemann, 1978). The editor, Professor Green, in harmony with a tradition which had successfully kept this skeleton in the closet for several decades, went beyond the normal call of duty trying to nurse a garbled manuscript through an endless sequence of revisions, until it was finally withdrawn. Contrary to what Professor Levy seems to think, neither Guttman nor I were amused at the time at what we viewed as heavy-handed editorial bias. The point should not be overlooked that the factor indeterminacy problem directly impinges on the problem of defining "intelligence", which is hardly "trivial".

Most papers in this Selection are easy and often entertaining reading. The technical papers Guttman published in the fifties in Psychometrika require more effort. This effort is worthwhile and indispensable if one wants to understand why Guttman, in his time, inspired such awe and admiration. He was technically wholly in a class by himself. Hopefully, the present collection may stimulate some readers to work through Guttman's more substantive work.

mathematics in the social sciences. In Borg, I. and Mohler, P. Ph. (eds.)